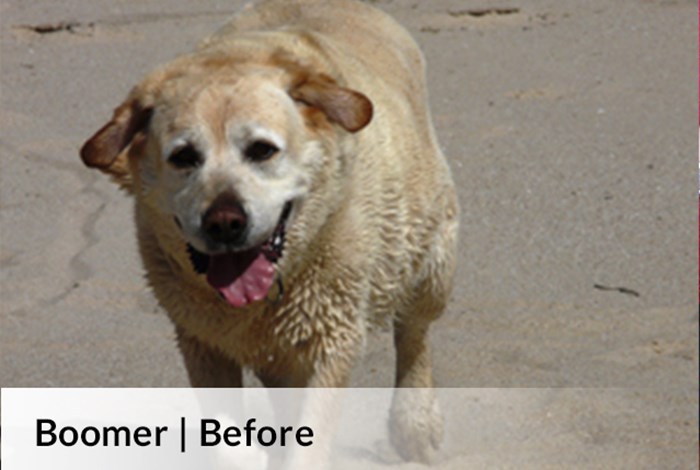 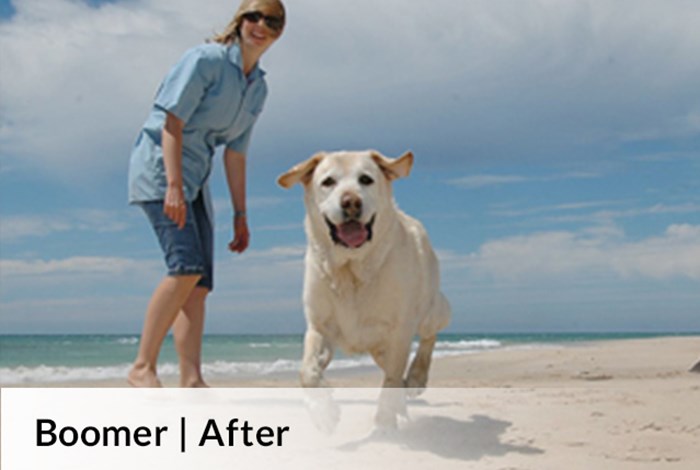 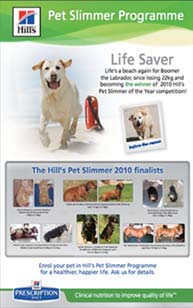 Losing weight has literally been a lifesaver for Boomer Hoek, a 12 year old yellow Labrador from Jeffrey’s Bay, who was announced as the 2010 Hill’s Pet Slimmer of the Year.

Boomer was adopted by Dr Louis Hoek when he was a veterinary student studying at Onderstepoort. Man and dog enjoyed lots of physical activity together, going for long runs and swims. Boomer was at peak fitness and even became a blood donor. It was only when Louis went to work overseas and left Boomer with his parents that his beloved dog started picking up weight. “They gave him treats, bread and table scraps with love. However this, combined with less exercise, was a recipe for disaster and Boomer gained 25kgs in four years,” explains Louis.

In 2009 Boomer was so overweight he was crippled with arthritis. “He needed daily pain medication for his joints, and was so overweight that he couldn’t even sit. He literally just lay down all day long.” At a massive 63kgs, some family members said it would be kinder to euthanase him.

Louis was determined to help his old friend, so instead he was signed up on the Hill’s Pet Slimmer programme, and lost 22kgs in under 12 months.

Losing more than a third (35%) of his bodyweight has turned life around for Boomer. “I am so glad we did not agree to put him to sleep!”

“Although I’d not had any personal experience of these diet foods, Barbara worked out a weight loss programme for Boomer and we started feeding him Hill’s Prescription Diet r/d. He began showing improvements after a month and soon became more energetic, being keen for walks and playing ball like he had in the past. Now, nearly a year later he is a totally new dog. He jumps up and down for his food and enjoys hour long beach walks and plays with our young Labrador.”

“Boomer has shown us how effective these weight loss foods can be; now we are encouraging all our overweight patients to get on the Hill’s Pet Slimmer programme,” he said.