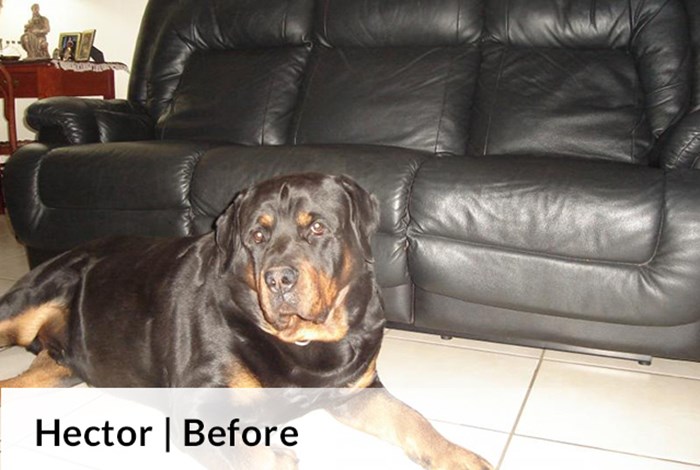 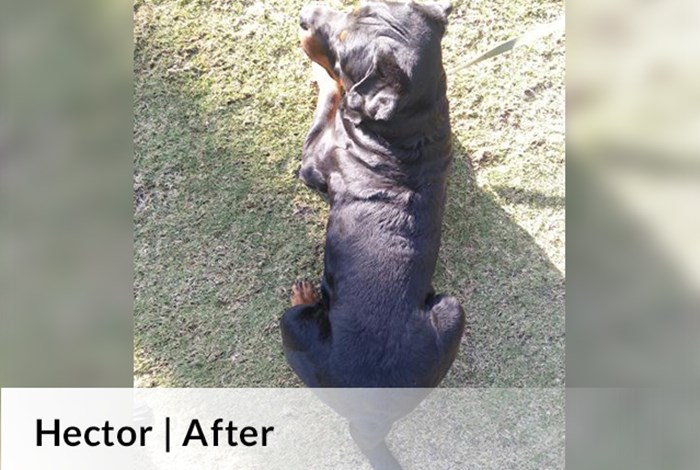 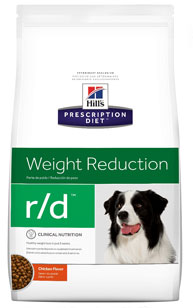 In March 2013 Hector went to Bakenkop Animal Clinic with very itchy skin. He wasn’t the easiest patient to examine and going to the vet wasn’t his favourite thing to do. The trip from home to the vet quickly changed him from a loving pet, to a growling guard dog that didn’t like to be touched. Dr Marlene Armer had her hands full working with an 83kg unhappy patient. After a struggle Hector was sent home with some medication and a bag of Hill's Prescription Diet r/d food. I didn’t really think that Hector needed to lose any weight seeing that he is a Rottweiler and should be 'big-boned' and muscular, but I decided to give this new diet a go.

Sr Cindy reassured me that Hector would look and feel great after he shed a few kilo’s and with all the motivation from Hill's I just couldn’t say no. To my surprise Hector loved this new food. He preferred this over his previous diet. Mealtime now became his favourite time of the day. Quickly his skin problem was something of the past and he developed a lot of energy!!

With his first weigh-in a month after he started his new diet, Hector had already lost 4.2kg and shortly after that Sr Cindy announced that Hector was the top performing weight-loss participant at Bakenkop Animal Clinic for the previous 2 months. For this achievement Bakenkop gave him a certificate and a free bag of food and Sr Dalene from Hill's organised an extra special gift for him. By this time Hector had already lost 9kg, 26cm around his chest and 25cm around his waist. I really felt proud and knew that I had made the right choice and continued with the diet.

As time passed, Hector became a more playful dog, he would jump up and always wanted to play. Visiting Bakenkop became part of a 3 weekly routine, which to my surprise Hector got totally comfortable with. Whenever I placed the Hammock (Hill's lovely gift for Hector) on the back seat of the car, he would (without a struggle) get into the car to go and show off his new improved body at the vet. Getting onto the scale got a lot easier and he didn’t seem to be bothered with someone else in the consultation room anymore. He even allows Sr Cindy to pat his head when congratulating him every time he sheds more kilos's.

I really think that this journey made Hector a happier dog and that his experiences at the vet are more positive. Now 6 months and 25kg’s later, Hector looks great!!! He has got the energy of a puppy and is a happier, healthier dog.

Thank you Hill's and Sr Cindy at Bakenkop Animal Clinic for all the motivation and for encouraging me to get Hector to lose weight. I will definetly keep feeding Hill's to my dog, cause he deserves the best!!