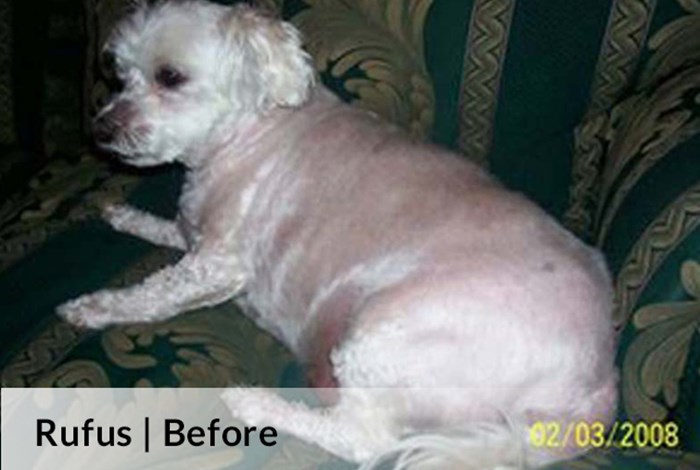 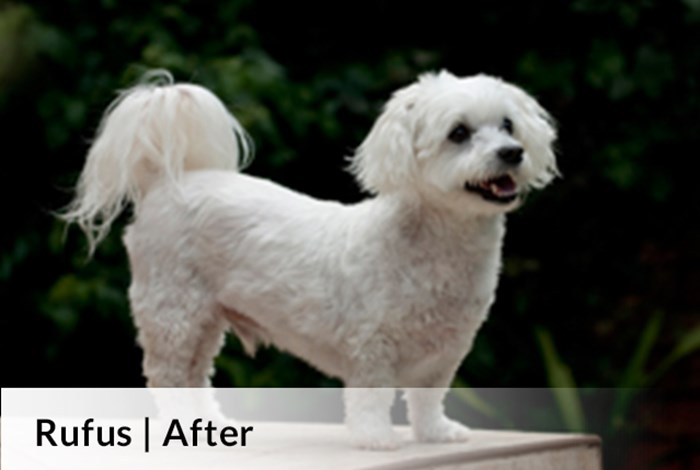 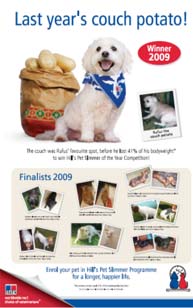 Rufus Ruiters has been declared top dog in the 2009 Hill’s Pet Slimmer of the Year, winning his owners a holiday in Mauritius. The 11-year-old Maltese Poodle from Johannesburg lost over 40% of his bodyweight, slimming from a rotund 12.2kgs to a svelte 7.2kgs.

Eighteen months ago Rufus was so obese that his short legs could barely cope with the load. His skin was covered in sores which he had licked raw; he was lethargic and seemed depressed. Veterinarian Dr Lorraine Moriaty advised Rufus’s owner Jenny Ruiters to embark upon the Hill’s Pet Slimmer programme, because his health problems stemmed from his excessive weight.

“I used to cook Rufus minced beef and chicken breasts every week, and he used to enjoy a little of whatever we were eating,” said Ruiters. “His new diet plan was a carefully weighed portion of Hill’s Prescription Diet r/d pellets twice a day. The family decided I was the ‘weakest link’ and took over the feeding duties.”

“We soon started to see a difference. Rufus’s skin improved and the warts disappeared. He went for regular weigh-ins at Bromhof Veterinary Clinic and his steady weight-loss amazed me. From being a couch potato who slept most of the day, Rufus started to show a keen interest in the birds in the garden and walks became a joy, as we no longer had to carry him home. He can now fit through the security gate, and he has gained so much confidence. He’s playful again like the puppy he once was, and likes to bark along to songs and play chase around the house.”