Each lost 5kgs
31% of their bodyweight. 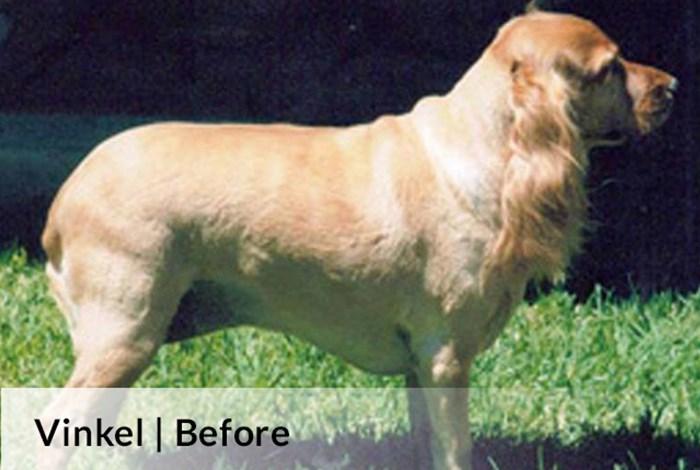 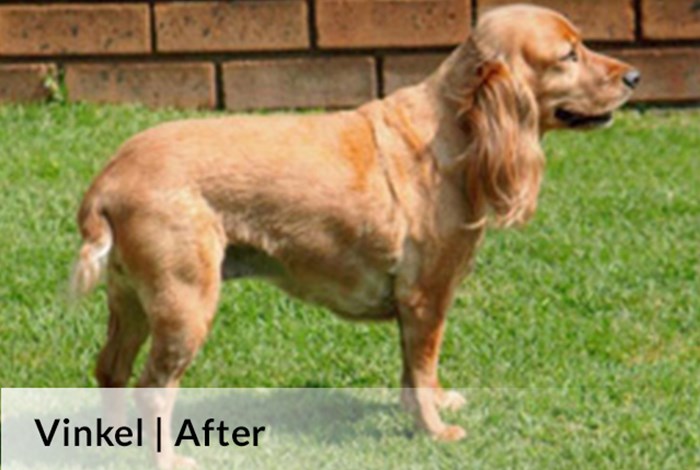 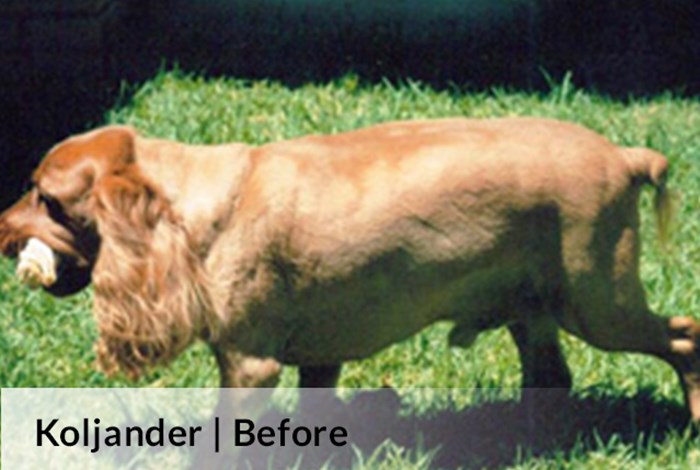 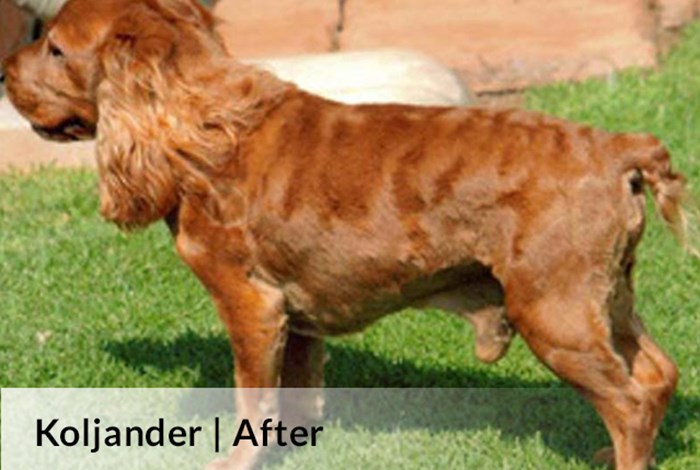 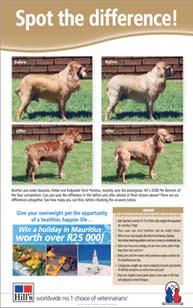 Canine siblings Vinkel and Koljander Pienaar, two Spaniels from Pretoria, beat weighty competition to win the 2008 Hill’s Pet Slimmer of the Year. They each lost 31% of their bodyweight.

Their owner, Ella Pienaar of Pretoria, rescued the abandoned dogs in 2001 and says then they were skinny and afraid of people. They were named Vinkel and Koljander (from the Afrikaans poem – Vinkel en Koljander, een is soos die ander – one is like the other) and these two did not leave each other’s’ sides.

Pienaar and her family then showered the dogs with love and food; “We constantly fed them special treats,” says Pienaar, who even baked a cake to celebrate their birthday each year. As a result, their weight ballooned until earlier this year by which time Koljander weighed 16.4kgs and Vinkel 16.7kgs. “At this stage the dogs were like tired old men, they no longer played and slept most of the time.” However, it was only when Koljander’s back collapsed, that the Pienaars realised the serious impact of the excess weight.

Fortunately their local veterinary practice runs one of the busiest and most successful Hill’s Pet Slimmer programmes in the country. Alta Celliers from Zwartkop Animal Clinic set target weights for the dogs, with food and exercise recommendations. “It was very difficult at first,” says Pienaar, “but a disciplined approach resulted in success. Eating correctly and exercising is now part of our daily routine.”

And it is not only the dogs that benefited from the new regime, Pienaar herself lost 11kgs. This correlates with the findings of a US study – People and Pets Exercising Together (PPET) which demonstrated that when people and their pets embarked on a weight loss programme together both were more successful at keeping the weight off.

After just 4 months on the Hill’s Pet Slimmer Programme, both Vinkel and Koljander reached their ideal target weights and they haven’t looked back. Pienaar says since losing weight the dogs “frolic on the lawn, are both full of energy and health. Koljander’s back problem has disappeared.”