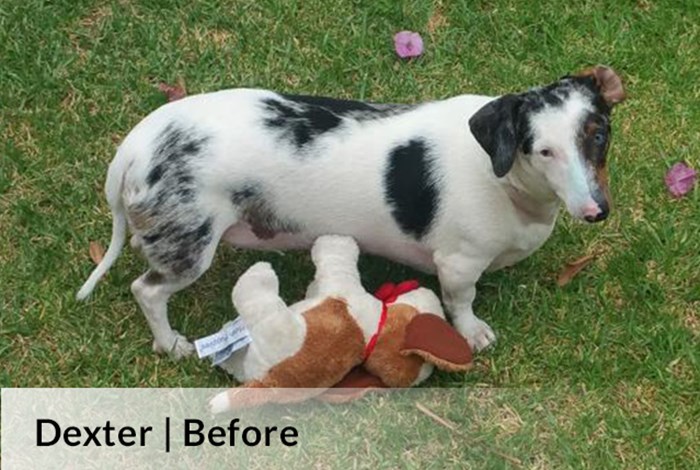 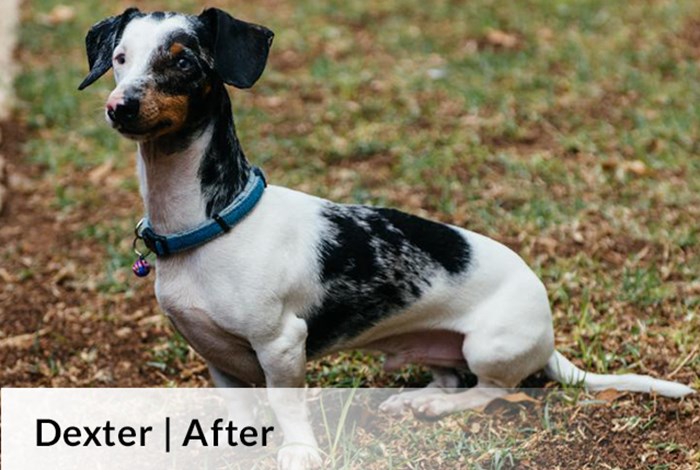 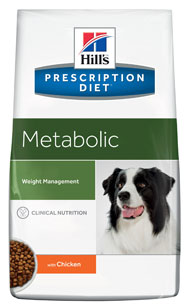 We adopted little Dexter in November 2015 from the Dachshund Haven. He had been found abandoned in the veld, a sad little dog, completely deaf and malnourished. He was initially in foster care for a few months during which time he ballooned from skeletally thin to seriously overweight.

When Dexter came to us he weighed 5.7kgs, far too much for his tiny frame. We have four other dachshunds and know how being overwieght can be detrimental to this bree.

Michelle at the Boskruin Vet suggested we put him on the Hill's Metabolic diet and he loved it! He did so very well on the food, that within just three months, under the wonderful care and attention of Michelle who weighed and checked him regularly, he had lost all his excess kilo's.

Today he's at a perfect weight and eating Hill's Adult Food. He is such a happy, energetic little dog. There's been a complete change in him. He almost never sits still. He's fitted in so well with our three cats and other dogs, and sleeps each night with my daughter. Hill's has definitely made him a happier, healthier little dog. Thank you!